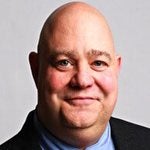 James Bell is a Partner at Bell & Bell LLP.  He focuses his practice on the litigation of various types of employment matters and is also involved in certain general litigation matters. In addition to handling sexual harassment, wrongful termination, discrimination, retaliation and overtime and wage disputes, Mr. Bell has also successfully advanced claims based on breach of contract, fraud, defamation and other claims that often arise in the context of employment. Mr. Bell has served as lead trial counsel in a variety of employment, breach of contract and other civil claims.

Mr. Bell graduated cum laude from the Georgetown University Law Center in 1997, where he served as a Project Editor for the Georgetown Law Journal. Upon graduation, Mr. Bell joined Dechert, Price & Rhoads LLP where he focused primarily on civil litigation matters. At Dechert, Mr. Bell represented clients at all stages of litigation in complex commercial and products liability matters. In 2001, Mr. Bell joined Pelino & Lentz, P.C., where he litigated a wide variety of cases with an emphasis on employment, civil rights and commercial matters. In 2004, Mr. Bell cofounded Bell & Bell LLP.  Prior to practicing law, Mr. Bell served in the United States Navy as a Gunnery Officer and a Nuclear Weapons Security Officer. 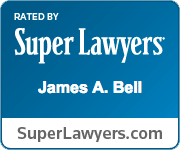